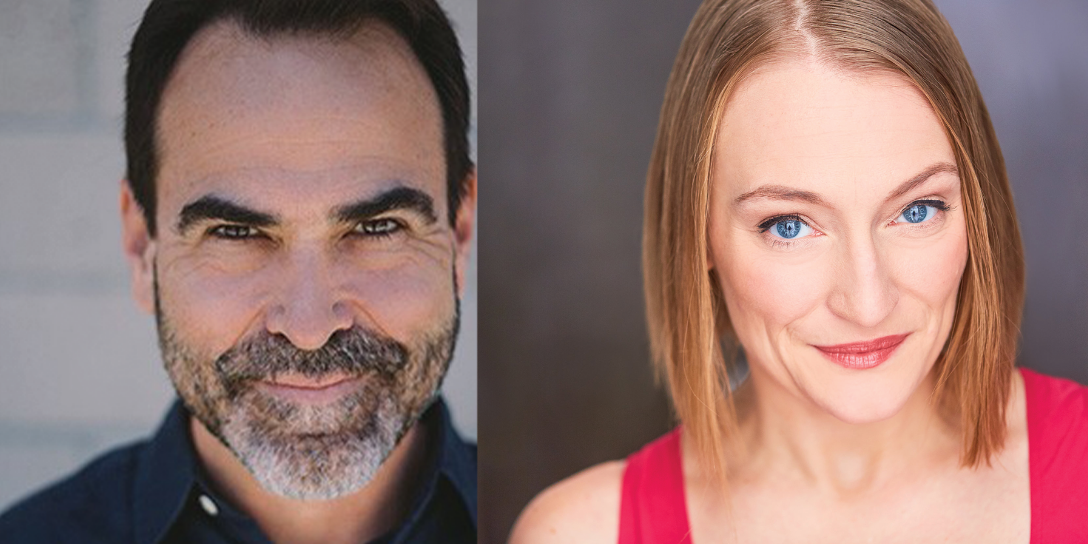 “QUEENS OF INFINITE SPACE” SET TO PREMIERE IN JANUARY 2022

AT EPIPHANY CENTER FOR THE ARTS

Chicago (October 11, 2021)- Proboscis Theatre is proud to announce the appointment of a new Co-Artistic Director, Ashlea Woodley (She/Her/Hers). Woodley began her work with the budding Chicago company as an ensemble member, working alongside founder Jeff Mills (He/Him/His), who laid the foundation for Proboscis in Santa Barbara, California. Woodley collaborated with Mills during Proboscis’ 2018 summer intensive in Greece, where they co-created “Promethean Women” and starred in the Chicago premiere of “La La La Strada,” which ran October 2019. Woodley brings both a sense of play and advocacy into her work.

“Since founding Proboscis Theatre ten years ago in California, I’ve been searching for the right partner to help me and the company level up! Ashlea is a brilliant collaborator and has a feel for what audiences are hungry for right now- originality, inclusivity and relevance! Together we’ll put down permanent roots in the greatest theatre-city in America. We’ve travelled across the world together and there’s no one I would rather co-artistic direct with than the amazing theatre artist that is Ashlea Woodley,” said Co-Artistic Director Jeff Mills.

Woodley began her tenure with Proboscis in August 2021 and in addition to her work as the new Co-Artistic Director, she remains a practicing actor, devisor, and teaching artist throughout Chicago and the Midwest.

“Jeff has been a dear collaborator since I moved to Chicago in 2016, and it continues to be a privilege to learn and create with him. As we navigate seismic shifts in our creative climate, I whole-heartedly believe those beautifully peculiar, idiosyncratic, and not-yet-spoken stories are what our community needs to grow and heal. I want Proboscis to live within the heartbeat of inclusive devisal methods, heralding stories that open doors, change minds, and inspire others to proudly step forward with their unique and extraordinary perspectives,” Woodley adds.

Woodley and Mills are thrilled with this new partnership and will begin their work together with the premiere of a new work to be announced later in September. They remain committed to fostering original work that is timely and impactful within the Chicago theatre company and beyond with their first collaboration as Co-Artistic leaders with the World Premiere of The Queens of Infinite Space, January 16 – 21 at the Epiphany Center for the Arts.

The Queens of Infinite Space follows William Shakespeare (Tia Pinson) as they attempt to write their next masterpiece in the wake of a massive public health crisis. It’s 1603, the Bubonic Plague is waning, the Globe Theatre is set to reopen, and Shakespeare is hungry to produce their new social justice drama… but everyone just wants Hamlet!

The Full cast announcement will be released in November 2021 and tickets will go on sale in December 2021. Learn more at Proboscis.org.

Proboscis is a multidisciplinary performing arts company that creates a theatrical world that sparks imaginative collaboration between the audience and artist to provoke, challenge, and transform the community in which they thrive.

Since the founding in 2010 by Jeff Mills, Proboscis has become a hub for New Development in Playwriting, Artistic Development and Community Outreach. The company coordinates semi-annual acting intensives to study abroad in Greece and maintains a close relationship with their sister company Prague Shakespeare Company in Prague, Czechia. In addition to studying abroad, Proboscis has ongoing workshops in acting, movement, stage combat throughout the Midwest.

About Epiphany Center for the Arts

Conceived with the vision to return Epiphany to a place for people to once again congregate in, the shuttered, historic Church of the Epiphany has been preserved and adapted into an iconic cultural hub ‘For the Good of Art, Entertainment and Events.